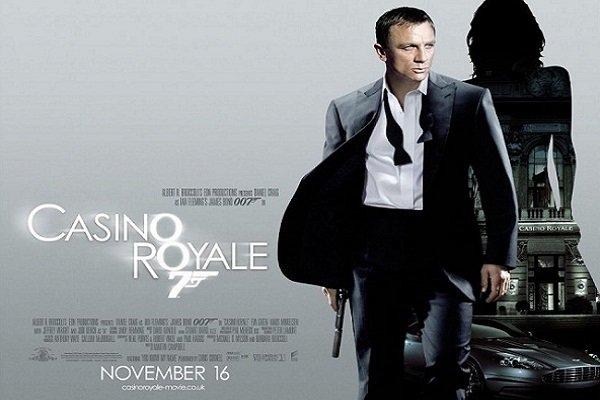 Casino movies always deliver different views when compared to other genres in the entertainment industry. The glamour, the gangsters, and the suspense make casino movies a thrill to watch to most gamblers which will ultimately compel them to have it in their collection. Dedicated to the gamblers who also love watching movies, in this article, with the help of CasinoScout.ca we will be listing out the five best casino movies that have been produced in the entertainment industry.

This movie portrays the story of John (played by John C. Reilly) who had lost it all and had no money or a place to stay. He met Sydney (Philip Baker Hall) who taught him how to gamble. It was all going smoothly till John met lady Clementine (Gwyneth Paltrow) a flirtatious waitress and occasional hooker that captured John’s heart. He had a run-in with Jimmy (Samuel L. Jackson) and John flee the scene. This movie which was the debut for award-winning Paul Thomas Anderson was filled with cheating, seduction, crime as well as hostages. It is one of the best casino movies you’ll find in the industry.

Fun fact? The casino where this film is recorded also exploits an online casino. That online casino is listed in many top 10 online casino list on the internet. It’s worth visiting and is designed in the same theme as the movie!

This is a film based on a true story. It explores the dark side of the casino world, as well as the lives of six students who trained in card counting before going on a trip down to Vegas to explore the world of gambling. Jim Sturgess, Kate Bosworth and Kevin Spacey took the lead in this teen drama with a twist. As they look for ways to raise funds to study at Harvard, Ben Campbell came up with an unusual plan to win the $300,000 he needs to gain entry to a famous university. The six students came up with strategies like code talks and hand signals in card counting to claim huge winning at blackjack on the Strip to raise the funds they needed, but the journey wasn’t as simple as they planned.

This is a casino movie set in London’s west end. It followed the story of a struggling writer, Jack (Clive Owen, who took on a part-time job as a croupier. However, his life wasn’t as simple as that, as the croupier was lured into a planned heist at the casino. This led to Jack being tangled in more than he can imagine or handle. This movie, which was directed by Mike Hodges, takes an approach to the less-glamorous life at casinos.

A James Bond movie is definitely going to be a classic movie. This movie revolves around a high-stakes poker game at Casino Royale in Montenegro. Bond, the ‘best player in the service’, was given the mission to defeat Le Chiffre, a banker to the world’s most dangerous terrorist. Eva Green starred as Vesper Lynd in this movie to bring a classic romantic style.