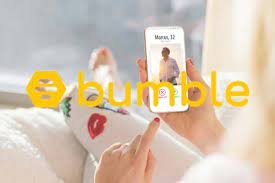 How To Respond To Hey On Bumble

Conventionally, men are expected to start up a conversation but, that is not the case with Bumble. Bumble is a female-led dating platform that allows women to start up conversations. Although, most men are not used to this reversed role still, with a little practice they can get used to it. However, one issue men mostly face on Bumble and other dating sites is the “Hey” message. This might be the most awful opening text that one could send, as it is seen as low-effort messaging. If you are faced with such a message, and you are looking for the best response, then you are at the right blog. Let me enlighten you on how to respond to the “Hey” message on Bumble.

Despite Bumble being a female-led dating app, the “Hey” message is a way the females use to kick the ball back to the man’s court. If the opposite sex initiates a conversation in this manner, then the man might be left in a novel situation, given that the man had to wait for the woman to message first. In that period of wait, he has built anxiety for the initial message, only to be hit with “hey”.  Most men get offended by the initial contact, while some are not sure of what to respond. There are different ways to respond to the message, and one way is to ignore the message, which will result in the match expiring. But in the adventure of making a serious match and meeting people, ignoring the message will not help you.

How To Reply To A “Hey” Message.

It is important to keep in mind that the person might not be attempting to be passive, and might just be having a hard time finding something to say. You might just find her intriguing and would want to continue to conversation. So I will be showing you step-by-step strategies to follow to maintain a conversation.

Most women are not experts, in making the first move in starting conversations. If you have been through the trial and error method, then you must have noticed that the most intriguing of women can deliver a boring greeting, which you can describe as a fat-free yoghurt quality. This is very common in Bumble first messages, but this does not describe the person. You can dive in with a humorous response, For example;

You: you appear more fun to just say hey

You can go ahead to attach a smiley face so that she can know that you are not just being a jerk. By so doing, you give her an opportunity to show her flirty side. There are a lot of humorous responses you could implore as a guy, so I will help you with a few.

“  b When we want to tell people about how we met in future, we can not tell them that  your opening line was “hey”. So try again”

“I have this urged to give you another shot, because “hey” just doesn’t just seem to cut it”

And do not forget to attach a friendly smiley.

Coming off direct makes a man look confident to a woman and they like it. A direct man is known as a man that has control over himself and knows what he wants. That kind of confidence can be found sexier than a set of six-pack abs. The truth is that most ladies, especially those ready to be in a long-term and mature relationship. Occasionally women will get initially attracted into a jerk because of the charm and enthusiasm they percolate. But contrarily, women can ignore nice guys, that also have low self-esteem and are shy. But here are some responses that can make you come off direct

“ I might be motivated to buy first date drinks if you can do better than “hey”….*

“ I’m worth more than just a “hey”. I guarantee that. Try again”

No matter how lame the response of a woman on Bumble, avoid responding in kind, cause it can only resulting both parties not talking again or a conversation of awkwardness. Rather than doing that you can reroute to the first strategy.

Starting something new can be scary for most people, and one can easily retrogress the complaint and negative responses. As much as you can avoid being negative no matter how much you are being enticed to do so. Being positive help take away the awkwardness and the woman might likely respond in kind. You can try a response like “You look like a fun person. Apart from your “hey” text. What else you got?”. A reply like that is bound to motivate her to try again, while still staying positive to the conversation.

If you carefully follow these highlighted strategies, then I doubt you have anything to be worried about anymore. All you have to do now is to go out there and make the best of this new opportunity you have been given.

How to Unlink Social Club from Steam
7 Ways to Improve Your Instagram Performance With Effective Data Analysis
8 Effective Strategies That Boost Instagram Story Views Organically
5 Ways to Improve Your Facebook Organic Reach
How to Bring Your Instagram Story in Trends?
How to Delete Doublelist Account
10 Splendid Ways For TikTok Engagement You Wish You Knew Sooner
4 Ways to play music in VRChat | How to play music through Mic ?
15 Best Doublelist Alternatives - Sites Like doublelist.com
How To Delete Sent Messages On Reddit
How to Promote Your Fashion Business Using Instagram Videos, Stories and Ads
How to prevent email spoofing
Spread the love