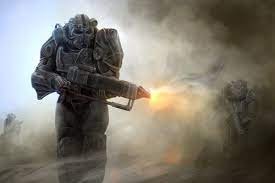 Just in case you are wondering what Fallout4 really is, Fallout4 is actually a popular game that was brought into the limelight in the year 2015, November 10 to be precise. It can be played by both young and old and both gender. It was created by a company called Bethesda Game Studio. You really can’t talk about Fallout4 without mentioning the city of Boston and the Commonwealth in Massachusetts, as these are the environment in which the game is set. It also made use of beautiful places like Bunker Hill, Fort Independence, Old North Bridge near Concord. This game is a sequel to Fallout3, 10 years after The Great War which was a result of a catastrophic nuclear explosion in the United States. If have no clue about what the game is about or you will like to know how to make the game fun, then I would like you to keep reading as I would be revealing how to make Fallout 4 fun again.

The player plays the part of the Sole Survivor, who is on a mission to find his missing son and avenge the death of his dear wife. It begins with the Sole Survivor having quality family time with his wife and son when suddenly a nuclear explosion occurs. He awakens 210 years later to the realization that his wife is dead and his son has been kidnapped. Having no place to go and his home, Sanctuary Hills ruined. He meets a man named Codsworth, who intimates him on what happened and suggests he goes to a town named Concord. The Sole Survivor travels to Concord, on his arrival he is directed to Diamond City, where he meets an acquaintance named Piper, after much hassle they both find out, an organization called THE INSTITUTE is in the business of kidnapping humans and turning them into synthetic synths. The leader of the company is known as “THE FATHER”. But with time more revelation reveals that his son, Shaun is the institutes’ director and has grown to become a very old man. After Shaun’s death, the Sole Survivor wipes out the institute using a nuclear reactor and he is on a mission to make sure every other existing faction is also completely wiped out.

How To Make Fallout4 Fun Again

Fallout4 is rated one of the best games in existence, there are chances you may have successfully played the 400hour game and you have explored every corner of the game and you finally find the game boring and no longer fun to play anymore. I bring to you a few suggestions that will change your mind and make you revisit the game and try out amazing kinds of stuff you may have overlooked.

If you remember back at the beginning of the game, the quaint family feel and the beautiful environment and you wish to experience it again, Say no more, as there is a possible way that can happen. If you search thoroughly in Shaun’s former room, you will find a book with the title ‘You Are Special’, collecting that book automatically gives you a special point which you can use to revisit that nostalgic family feeling in the beginning.

Building settlements in Fallout4 was an important feature that made the game more exciting and interesting. Making supply lines connect two or more of your settlement makes the game easier to play, as this enables you easily access your food and water at any location you are. You could for fun go back and visit those already-built settlements of yours and connect supply lines to them.

I would love to indulge you in some unique features in the Fallout4 that make it outstanding and preferable to other previous Fallout series. They include:

This feature allows the player playing the game to freely create his own revamped character the way he likes and with ease. All the player has to do is drag the selected facial feature of his choice and place it in the appropriate position to form his desired character. This character could either be a male or female.

The character called Sole Survivor in the game is acted and voiced by two human figures, who are Brian T.Delaney and Courtnay Taylor.

With this feature, the player is given the ability to build structures for use or for hiding from his attackers, he is able to build houses, stores, food gardens e.t.c. The Sole Survivor is also able to produce his food and drinks, this ensures he doesn’t run out of what to eat when on a mission.

This feature assists the Sole Survivor during combat with his attackers when on a mission, the actions are slowed down, enabling the Sole Survivor to target a specific part in his opponent’s body to injure, thereby killing him immediately.