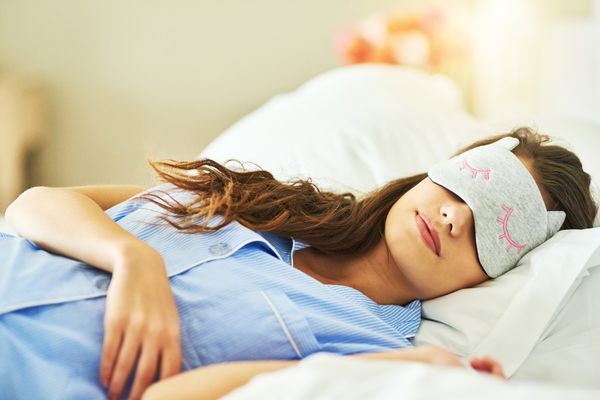 In this modern world of business and money making, quality sleep is substituted with work and other activities and many don’t know the impact this have on their health.

For one to live a healthy lifestyle he/she must have proper rest and sleep, it controls weight, eating and other important body functions. We will be taking a look at amazing health benefits of sleep.

A study in 2010 proved that women aged 50 to 70 years of age who had less than 5 hours sleep a day had more death records than those who had longer hours of sleep a day. It also affects the quality of life; you will certainly live better if you sleep better.

2. It strengthens the immune system

Sleep helps one to be energized and feel better; it also boosts moods and makes one enthusiastic.

Sleeplessness contributes to depression and a quality night sleep can elevate mood and reduce anxiety and depression. It is known that 90% of people that suffer from depression complain of insomnia (sleeplessness), and in extreme sleep deprivation, the sufferer can commit suicide.

5. It supports and maintains a healthy weight

Diet and nutrition helps in correcting weight problems but an early bedtime schedule helps too. Researchers at the University of Chicago discovered that dieters who rested and slept well lost more fat than those who were deprived of sleep who lost just muscle mass. It is the same sector of the brain that controls sleep and metabolism and that is why when you are sleepy, certain hormones including those that drive appetite are increased in your blood. Poor sleep has also been linked to weight gain and is one of the strongest risk factors for obesity.

6. It helps athletes to perform better

Quality sleep helps to improve the performance of athletes and strengthens those involved in any physical activity that requires energy. A Stanford university study revealed that football players who slept for 10 hours every night for 7 to 8 weeks saw an improvement in their average sprint time; they had more stamina and less daytime fatigue. More studies were also done with swimmers and tennis players and it yielded the same result, improved speed, accuracy, reaction times and mental wellbeing. Good sleep also suppresses appetite and food cravings. Apart from athletes, poor sleep has been linked with slower walking, lower grip strength and greater difficulty performing independent activities in women who are not athletes. Sleeplessness also leads to functional limitation in elderly women.

A lack of sleep can result in Attention Deficit Hyperactive Disorder (ADHD); kids and adults have different reactions to insufficient sleep, adults get sleepy while kids get hyperactive. The journal of pediatrics published a research in 2009 that stated that children aged 7 to 8 who got less than 8 hours of sleep a night were more likely to be inattentive, impulsive and hyperactive. Sleep affects the brain; that is why doctors diagnose and measure sleep by measuring electrical changes in the brain.

8. It reduces the rate of accidents

In 2009, it was reported that being tired accounted for the highest number of road accidents than alcohol. Insufficient sleep for one night can affect one’s ability to drive like alcohol.

It boosts memory and makes learning easier and faster, it affects reaction time and decision making.

10. It increases creativity and productivity

11. It helps to improve students’ grades

The journal of sleep in 2010 published research finding which noticed that children between the ages of 10 and 16 sleep disordered breathing and other types of interrupted breathing during sleep are likely to have problems with attention and learning. This will lead to significant functional impairment at school. Another study confirmed that college students who didn’t get enough sleep every night had worse grades than those who did. Reoccurring sleep deprivation impair learning and affects grades.

A good quality sleep can help to reduce chronic pains from accidents or injuries; insufficient sleep has been linked to lower pain threshold. Research reports have suggested that getting good sleep can replace medications for pain.

Stress is behind many chronic diseases these days and it is often called the “silent killer”; sleep reduces stress levels and controls blood pressure. It also affects cholesterol levels which play a role in stroke, heart attacks and heart disease.

15. It gives a better sex life

A poll conducted by the National sleep foundation discovered that 26% of people said that their sex lives suffered because they were just too tired. Studies also proved that insufficient sleep lower levels of testosterone in men.

16. It affects the metabolism of glucose and increases the risk of type ii diabetes

Restriction of sleep affects the sensitivity of insulin, affects blood sugar levels and raises the risk of one coming down with type 2 diabetes. In one study, healthy young men were allowed to only sleep for four hours a night for 6 days and they started showing symptoms of pre-diabetes. This was reversed after one week of increased sleep duration. Poor sleep habits negatively affects blood sugar levels and can lead to type 2 diabetes.

5 Ways to Ease Chronic Pain
15 Best Kareo Alternatives In 2022 - Sites Like Kareo
15 Best Face Masks 2020 | What is the best face mask to use?
How To Write A Personal Statement For Dental School
20 Best mattress under 500 Dollars on Amazon
Do Vinyl Gloves Protect From COVID-19?
10 tips to pass drug test naturally even if you are intoxicated
Kareo App Download Guide 2022 - How to Download Kareo App for Android, iPhone, iPad, Mac, and Window...
www.phreesia.com - What is Phreesia? About Phreesia, Company Profile, Logo Owner/Founder, Products/S...
16 Ways to Stop Hair Loss Naturally 2021 (Men and Women)
15 Best Phreesia Alternatives
10 Effective Ways to use Shea Butter for Fast Results
Spread the love