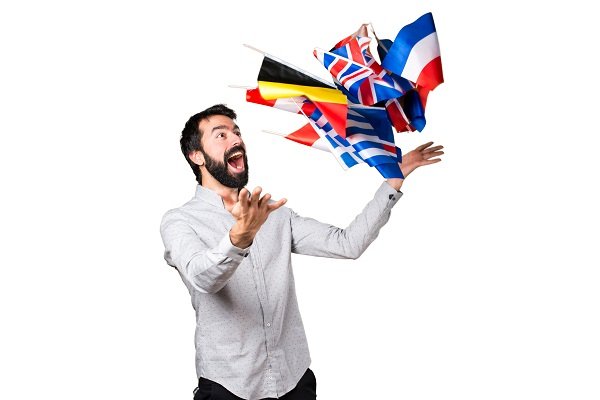 In a field of diverse career opportunities, learning a foreign language is increasingly becoming important in the current job market. As such, many people now see it as a full-time career objective, and there’s no shortage of new languages for one to learn. Here are the highest-paid foreign languages that will give you better career prospects in 2021.

English is the most popular language based on the number of speakers and the most widely studied as a second language. Billions of people have studied English as a second language, and it’s among the official languages of over 67 sovereign states. Even better, you can easily study the language online or enroll in a local college.

The language has continued developing over the last 1400 years and it is commonly spoken in the United Kingdom, Canada, United States, Australia, New Zealand, Australia, Africa, and some parts of Asia. That makes it important to learn how to communicate in English, especially when looking to work in these parts of the world.

Known to many as the language of romance, French has over 80 million native speakers and over 150 million non-native speakers. Because of the country’s colonial past, many people speak French outside France, and more people are finding it necessary to study the language for business and personal reasons.

France’s colonial history made French the second most popular language in Europe, and it’s taught in many schools as a foreign language. The language is officially spoken in countries like Canada, Ivory Coast, the Democratic Republic of Congo, Belgium, Burkina Faso, Switzerland, Equatorial Guinea, Monaco, Rwanda, Seychelles, Haiti, and many others. As a result, there are over 220 million French speakers globally, and the number is expected to hit 750 million by 2050.

Germany is among the nations with the highest GDP in Europe, and it’s a great economic powerhouse that’s offering lots of new career opportunities to people. As such, learning how to communicate in German will offer you great bonuses in the business field compared to other languages. It’s also among the three official languages used in the European Union.

You can learn German in several weeks, although six months is the recommended study time to become proficient. Fortunately, there are over 185 million German speakers worldwide, so you’ll have plenty of people to communicate with while doing business or studying in Europe.

Spanish has widely spread across the Americas and Europe, making it among the top five languages to study in 2021. Different Spanish-speaking countries are among the leaders in the global economy, meaning you’ll have plenty of opportunities to use the language in business and your personal life. Additionally, you’ll have the chance to better understand Spanish arts, culture, and music.

With intense studying, you can master the language in six months, although there are also long-term programs you can subscribe to. Fortunately, experts rank it as one of the easiest languages to learn for English speakers, although it can be a little challenging for beginners.

With only about 63 million speakers, Italian might seem like a less popular language in the world. However, you’ll be surprised to know that Italian is the most studied language on the globe for pleasure and culture. It’s also the fourth most common language in most US high schools and colleges, with 20% of most students enrolling for the language year. The show Italian is growing faster than any other language in the US.

Officially spoken in 22 countries in the Arab League, Arabic is spoken by over 300 million people worldwide. Arabic is also among the UN’s six official languages, and it ranks second among the highest paying translation languages. As an Arabic translator, you can expect to earn approximately 34,000 euros annually.

10 Ways to ask a Professor for Grade Bump with Sample Email Messages
Onboarding Employees Made Easy: Features Of An LMS That Makes It A Perfect Tool For HRs
5 Ways to Underline in Quizlet | How To Underline in Quizlet
9 Tips To Make Friends In Grad School
Getting Some Expert Assistance with Academic Writing
10 Best Cambly Promo Codes Free Minutes 2021
How does a Learning management system work? (Recommended: Best LMS for YOU!)
5 things I realized when I tried to start a business as a student
5 Tips on How to Write an Effective Essay
5 Great Green Colleges and Universities Around the Globe
7 Study Techniques for University Students
How to train teachers to use an LMS
Spread the love