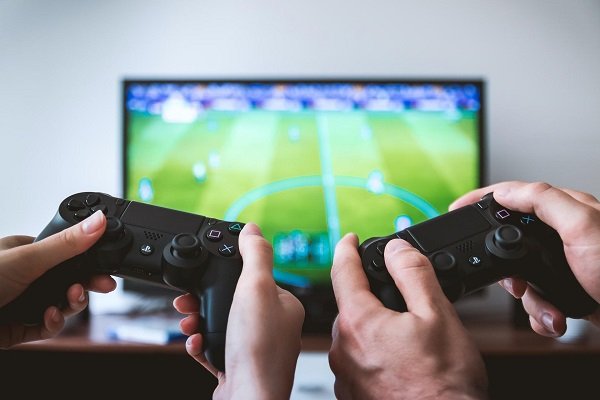 Every year, EA releases an updated version of FIFA in relation to real-world events. All players in the game are assigned overall ratings which determine how good they are in the game. Some of the factors taken into consideration are:

All these factors, including others, are condensed into the final rating given to the player. So, here are the top ten players with the highest overalls in the new game.

Messi retains his post as the best-rated player in the FIFA game, with an overall score of 93. The Argentinian will feature for PSG in the new title since he completed his transfer to Ligue 1 recently. He has been in top form yet again, finishing as the top scorer with Barcelona last season.

Ronaldo joins Messi as the joint-highest rated player in FIFA 22. Although the player will feature for Piemonte Calcio, since Juventus are not licensed, he will be very in-demand for fans of the five-time Ballon d’Or winner. Although Juventus didn’t win the title, he finished as the top scorer in Serie A last season and won the Coppa Italia with them.

Lewandowski won the Bundesliga with Bayern and broke Gerd Muller’s 40-year old award of scoring 40 goals in the Bundesliga. He netted 41 goals in less than 38 games, missing a few due to injury. As the best number 9 in the world, Lewandowski joins Messi and Ronaldo at the top spot in the game.

Mbappe finished as the top scorer in Ligue 1 last year, despite missing out on the league title. Although the player didn’t have the best Euros, he remains the highest-rated youngster in the world. However, he will be the second-highest-rated player in the PSG squad behind Messi.

Oblak was named the La Liga player of the season as he helped Atletico Madrid win their first league title in 7 years, and is the best goalkeeper that can be selected in the new edition ahead of Manuel Neuer and Ter Stegen.

Barcelona missed out on the La Liga title in the final stages but won the Copa del Rey. Ter Stegen was yet again the lifeline of Barcelona’s defense and is Barcelona’s best player in the new game, now that Messi has left the club.

Salah was close to finishing as the top scorer in the Premier League but lost out to Harry Kane. He scored 31 goals in 51 games across all competitions for the Merseyside club, and was in the spotlight of the Liverpool attack due to an injury-plagued squad, and is the best African player to feature in the game.

Neymar was out of the team for a while due to injuries, and that restricted his appearances in Ligue 1 to 18. Despite that, the player scored 9 goals and 6 assists, providing 17 goals and 11 assists in 31 games across all competitions. He also helped Brazil into the finals of Copa America and remains in the 90+ bracket of the FIFA ratings.

While Real Madrid did not win any trophies in 20/21, Karim Benzema was yet again the star of Real Madrid’s attack. The striker was also called back up to the France squad for Euro 2020 and finished as one of the highest scorers in the competition. Click here to read more from our expert writer Evelyn Balyton.

Van Dijk spent almost the entirety of the 20/21 season out injured due to a sadistic challenge by Jordan Pickford early in the season. However, he remains the highest-rated center-back in the world and is tied as the best Liverpool player alongside Salah, who is also rated at 90.

The ratings in this article have been released by Mavzfut on TikTok and could be changed by the time the official edition rolls out. EA also releases regular updates to the game that alters the overalls with real-life performances from footballers. However, the beta version is confirmed to have these players as the best in the game.

10 Best Steam Backgrounds for Gammers 2021
10 Ways to Play Fable 2 on PC | How to Play Fable 2 on PC
15 Best Need for Speed Game to Play in Xbox One, PS4, Nintendo, Android, iOS and PC
How To Make Fallout4 Fun Again
How to unlock Zandalari trolls fast
How much have I spent on League of Legend 2020
4 Tricks to open Fortnite REPLAY files 2021 | how to open REPLAY files on PC and MAC
4 Ways to play music in VRChat | How to play music through Mic ?
How To Run Fallout 3 On Windows 10
15 Best Terraria Mods in 2021
How To Play Bless Online 2021
10 places to rent Nintendo Switch Console and Games
Spread the love